There are several fine recordings available of the individual works that constitute Enescu’s oeuvre for cello and piano. Only one rival set to this release by pianist Raluca Stirbat and cellist Rudolf Leopold includes the two cello sonatas, the Nocturne et Saltarello (1897) and an F minor Allegro (c. 1898). The last two listed works are juvenilia, written around the time of the first cello sonata, are perhaps only of interest to those that want to collect everything that Enescu wrote. 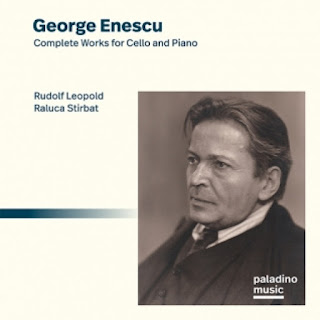 Enescu was well known as a pianist; he often appeared in concert in this role and he always taught his violin pupils from the keyboard. It is also known that he played the cello on an amateur basis, occasionally taking up the instrument for chamber performances within salon concert gatherings.

A quick examination of the times taken by various cellists for the individual movements reveals the wide variety of tempi that have adopted:

On the whole, Leopold and Stirbat are on the faster side throughout. Whilst this might suit the faster movements, I feel the slower tempo markings are not well served by this approach. For this reason, I am inclined overall towards the complete recording by Valentin Radutiu (Hänssler) from an interpretive viewpoint.

The imprint of the Romanian-born pianist Raluca Stirbat is all over this latest release. Not only as one half of the duo, but she is the author of the two booklet essays illustrated by photographs from her collection. Furthermore, it was at her instigation that Leopold concludes the early Allegro movement with a variation upon a song that Enescu wrote around the same time. Given that all the works included here except the late second sonata date from Enescu’s time in Vienna, as Stirbat’s essays make clear, it is appropriate that her chosen piano possesses a Brahmsian glow, as Enescu knew Brahms there in his youth. Rudolf Leopold’s tone is warm, his glissandi occasionally a touch too cautious to maintain the sense of spontaneity that Enescu’s writing often calls for to leap convincingly from the page.

In reviewing the release by Viviane Spanoghe and André de Groote (now available on the Etcetera label), I wrote:

“Listening to the Nocturne you can hear some of Enescu’s mature musical approaches in the early stages of their development. Richly lyrical, this is music that has distinct influences left by the French compositional school – he studied under Massenet and knew Fauré, Ravel amongst others – yet a youthful love of Brahms also seems not too distant from his mind. The Saltarello is made to contrast well in the playing of de Groote and Spanoghe: they pick up the tempo and invest it with much bite and attack. Although folk elements may be evident in the writing, they are of Enescu’s making rather than from authentic sources, and he utilizes them with a deftly cultured touch.”

De Groote’s touch is more flexible and characterful than Stirbat’s in the sonatas too, as is Donald Sulzen’s partnering Gerhard Zank (Arte Nova). Sulzen’s piano is also superbly recorded.

Laura Buruiana’s Enescu recordings are found on two separate labels with two different pianists – the sonatas with Martin Tchiba on Naxos, the Allegro with Alexandra Silocea on Avie. Whilst these recordings are fine in themselves, there are cellists of greater subtlety to be enjoyed - Valentin Radutiu perhaps heads this list.

All in all, although this superbly recorded release presents the complete Enescu oeuvre for cello and piano on a single disc, this is a recording that has a place in a quite crowded field, rather than at the head of it. 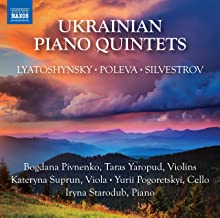